Quick sort is a well –known sorting algorithm, based on divide & conquer approach. The

• Significantly faster in practice, than other algorithms

//o/p: A partition of A[l..r], with the split position returned as this function’s value 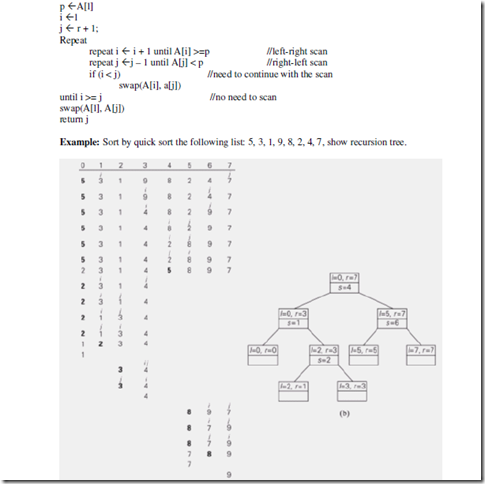 Best case: when partition happens in the middle of the array each time.

Worst case: When input is already sorted. During key comparison, one half is empty, while remaining n-1 elements are on the other partition.

Binary tree is a dichotomic divide and conquer search algorithm. Ti inspects the middle element of the sorted list. If equal to the sought value, then the position has been found. Otherwise, if the key is less than the middle element, do a binary search on the first half, else on the second half.

Algorithm can be implemented as recursive or non-recursive algorithm.

//o/p: Returns position of the key matched else –1 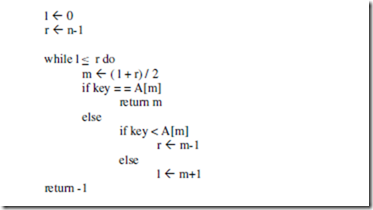 Worst – key not found or key sometimes in the list

• Let C(n) denotes the number of times basic operation is executed. Then Cworst(n) = Worst case efficiency. Since after each comparison the algorithm divides the problem into half the size, we have

• Solving the recurrence equation using master theorem, to give the number of times the search key is compared with an element in the array, we have:

• Interacts poorly with the memory hierarchy